The Relationship between the Kurdistan Region and the Vatican

After the war for freedom in Iraq ended, a war which was a period of great terror and violence in the country’s history, the Kurdistan Region flourished as a peaceful and stable area where not only Iraqi Christians, but many others from all walks of life, came to for protection and acceptance. The first official and publicized meeting between senior Kurdistan Region officials and the Vatican was in 2005, when President Masoud Barzani visited the Vatican and was greeted by Pope John Paul II. On February 24, 2011, Pope Benedict welcomed President Masoud Barzani on another visit. 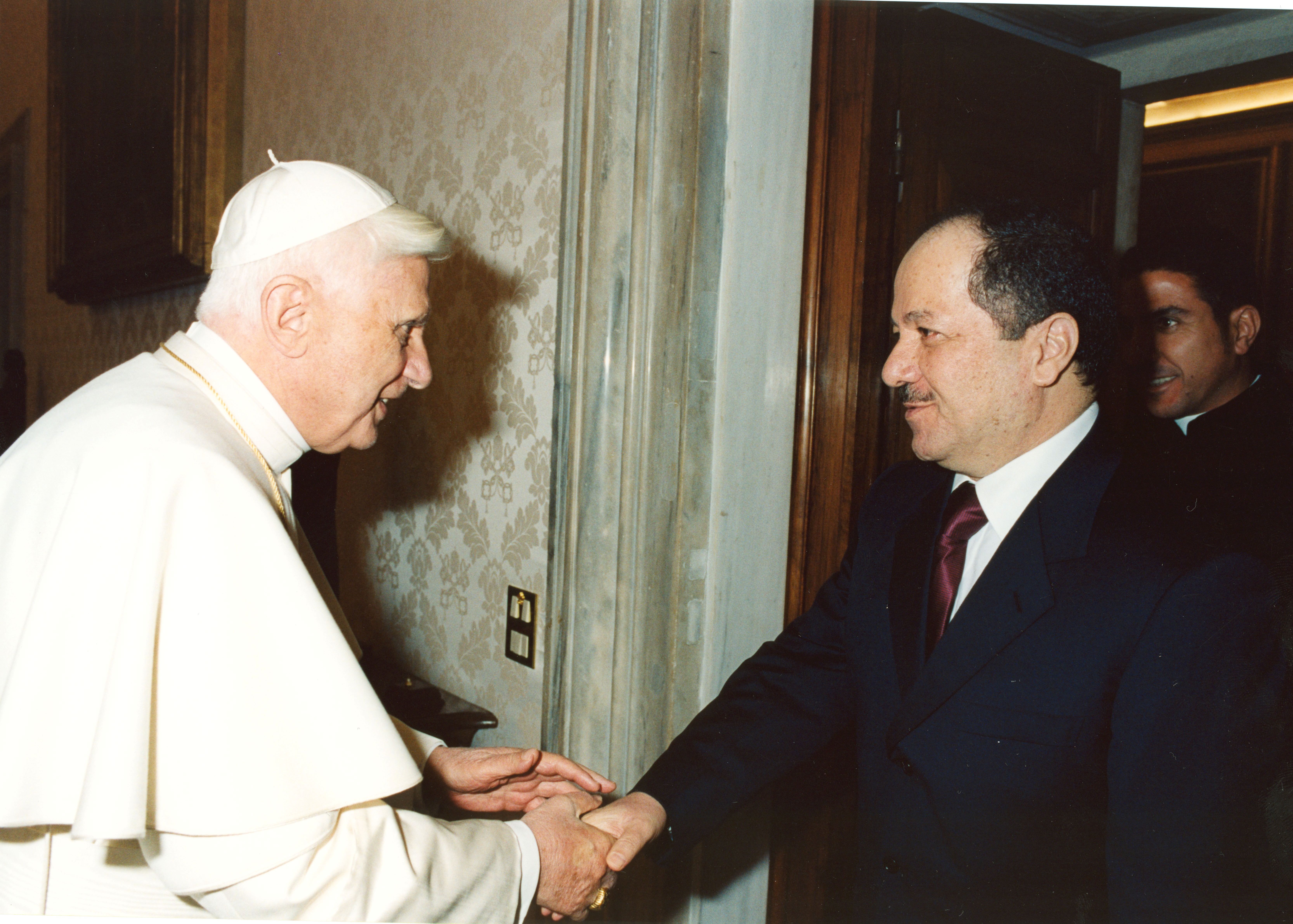 Pope Francis had his first meeting with President Masoud Barzani on March 13, 2013, and met a second time at the Vatican on May 30, 2014. The meeting coincided with the sudden influx of refugees to the Kurdistan Region, notably from the Nineveh province. Rather than focus on bilateral relations, Pope Francis and President Masoud Barzani took the opportunity to discuss the plight of Iraqi IDPs and Syrian refugees and jointly called for the world to help. 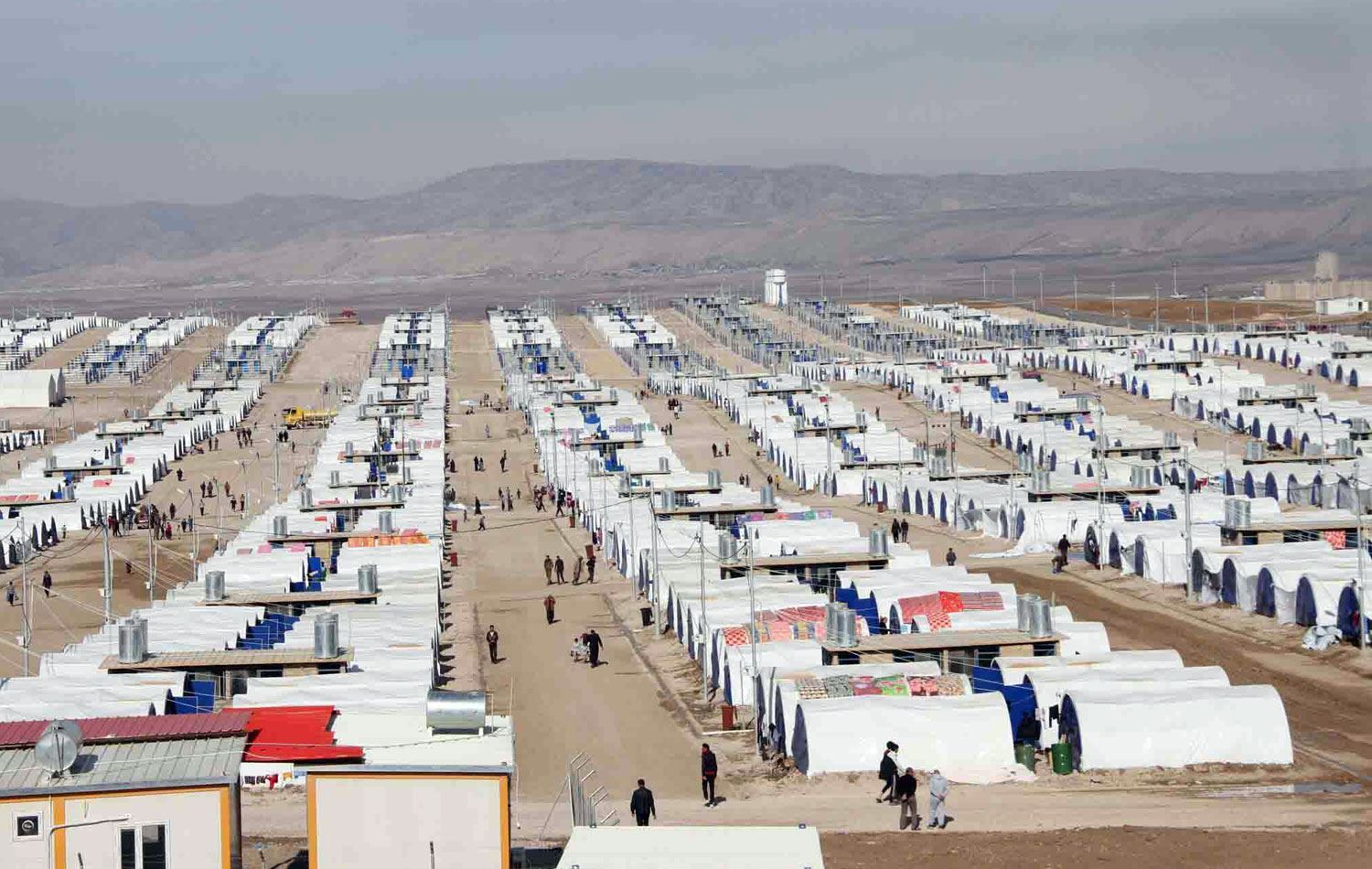 On March 5, 2016, Vatican Ambassador to Iraq, Alberto Martin Ortega, thanked the people and the government of the Kurdistan Region for their hospitality in welcoming such a large number of refugees, who had to abandon their homes for safety.

At the time, Prime Minister Nechirvan Barzani met with Pope Francis on March 2, 2015, to discuss steps the Kurdistan Regional Government was taking to ensure a peaceful life for refugees and IDPs. He spoke of the situation on the ground and how hundreds of thousands of innocent people were forced to leave their homes due to ISIS and threat of terrorism, and found refuge in the Kurdistan Region. 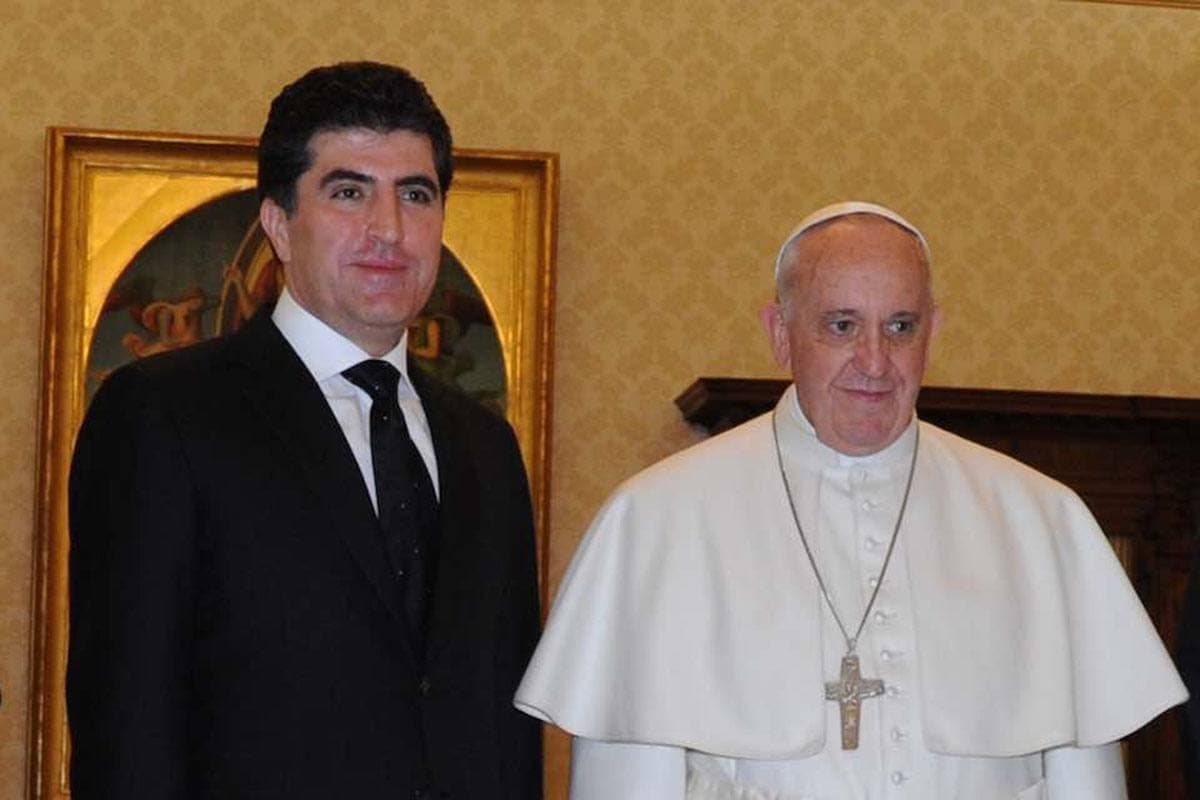 Former Prime Minister Nechirvan Barzani and Pope Francis then met on January 12, 2018 in Vatican City, where they discussed ties between the Kurdistan Region and the Vatican, as well as the situation for Christians in Iraq.

Current Prime Minister of the Kurdistan Region, Masrour Barzani, met with the Vatican’s Council of Justice on February 19, 2020 and presented Pope Francis a painting depicting the ethnic, religious, and cultural fabric of coexistence in the Kurdistan Region. 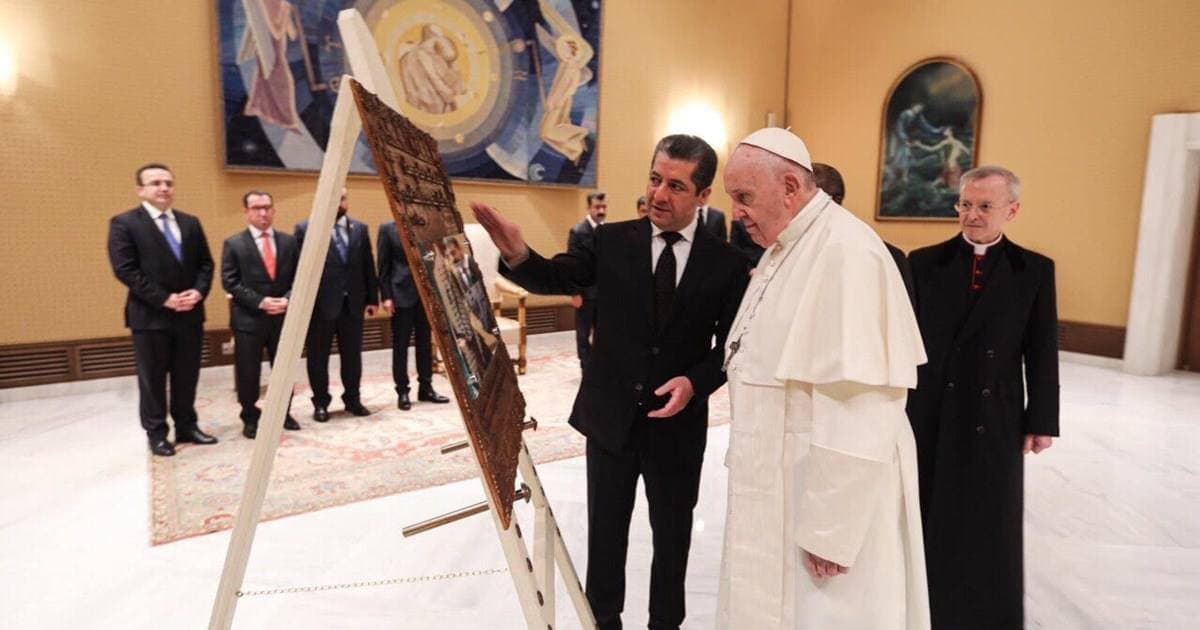 The Prime Minister met with Cardinal Petro Parolin, as the Kurdistan Regional Government announced its commitment to religious coexistence and called for discussions between religious representatives to foster a greater culture of acceptance, reconciliation, and harmony between the people.

Welcoming Ceremony for the Pope 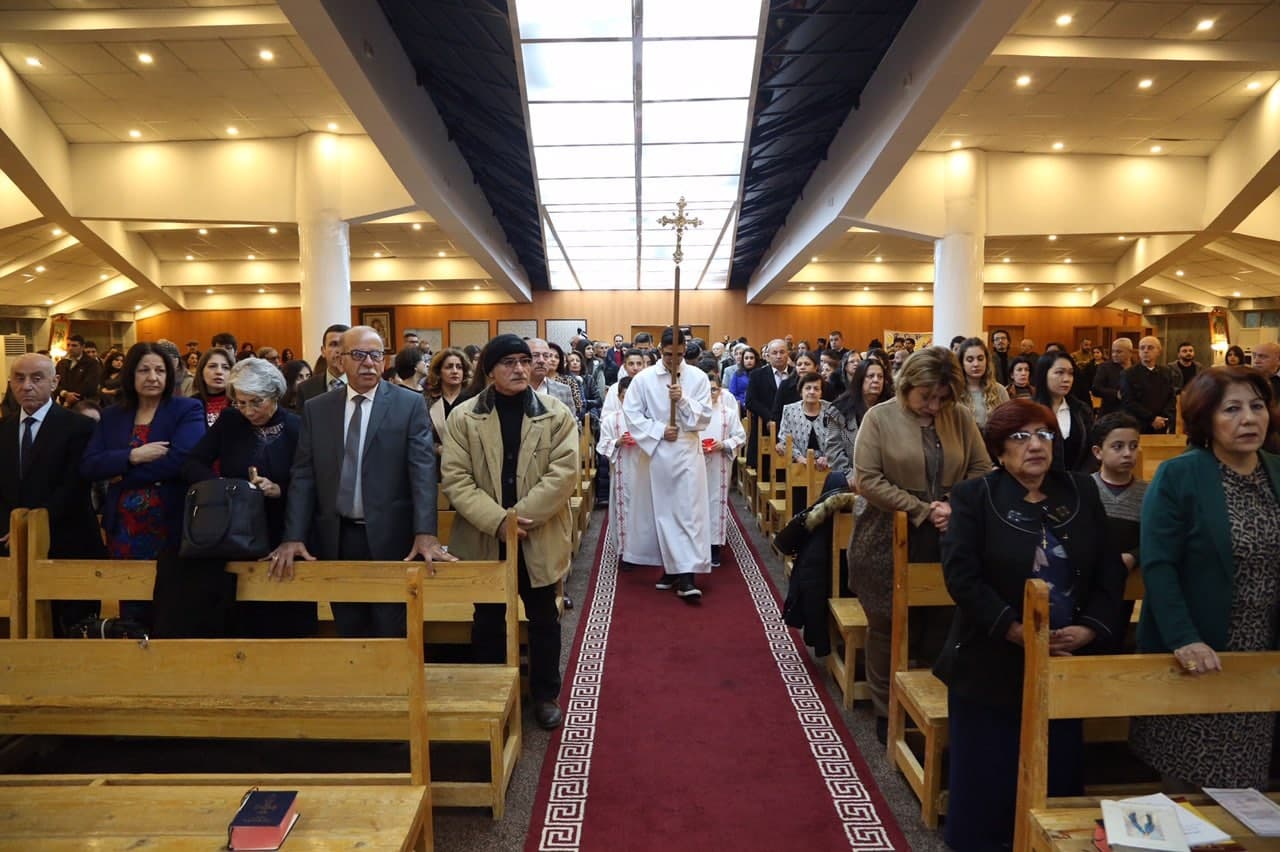 The Kurdistan Region celebrates the diversity of its people, and has always welcomed those who have lost their homes due to violence, political and religious persecution, and were looking to start a new life somewhere safe. 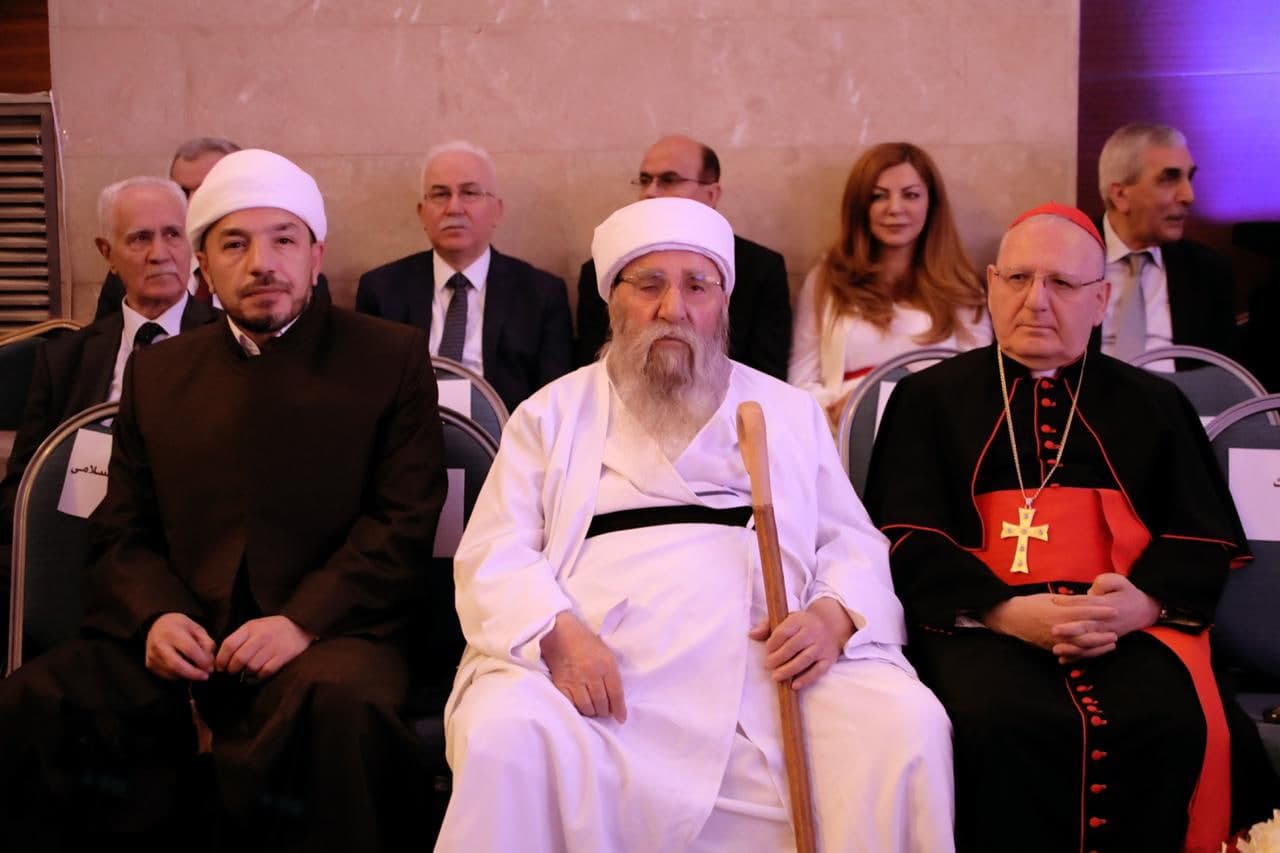 “You are the representative of peace, forgiveness and coexistence, and the role you play in this field is our pride,” Pope Benedict had told President Masoud Barzani in 2011. It was the Kurdistan Region’s welcoming nature which led the Vatican to issue this statement.

The Kurdistan Region will continue to protect its land and its people, which includes Christians, Yezidis, and all minorities it has welcomed into its arms. On December 27, 2018, during his meeting with Cardinal Petro Barolin, Masrour Barzani recalled that when a group of ISIS members attacked the Kurdistan Region, and he had told his fellow Christians “We stand united, we have a common goal, so we live together and die together. The international community should protect Christians and allow them to stay on their own land, not force them to leave their homes to find safety.” 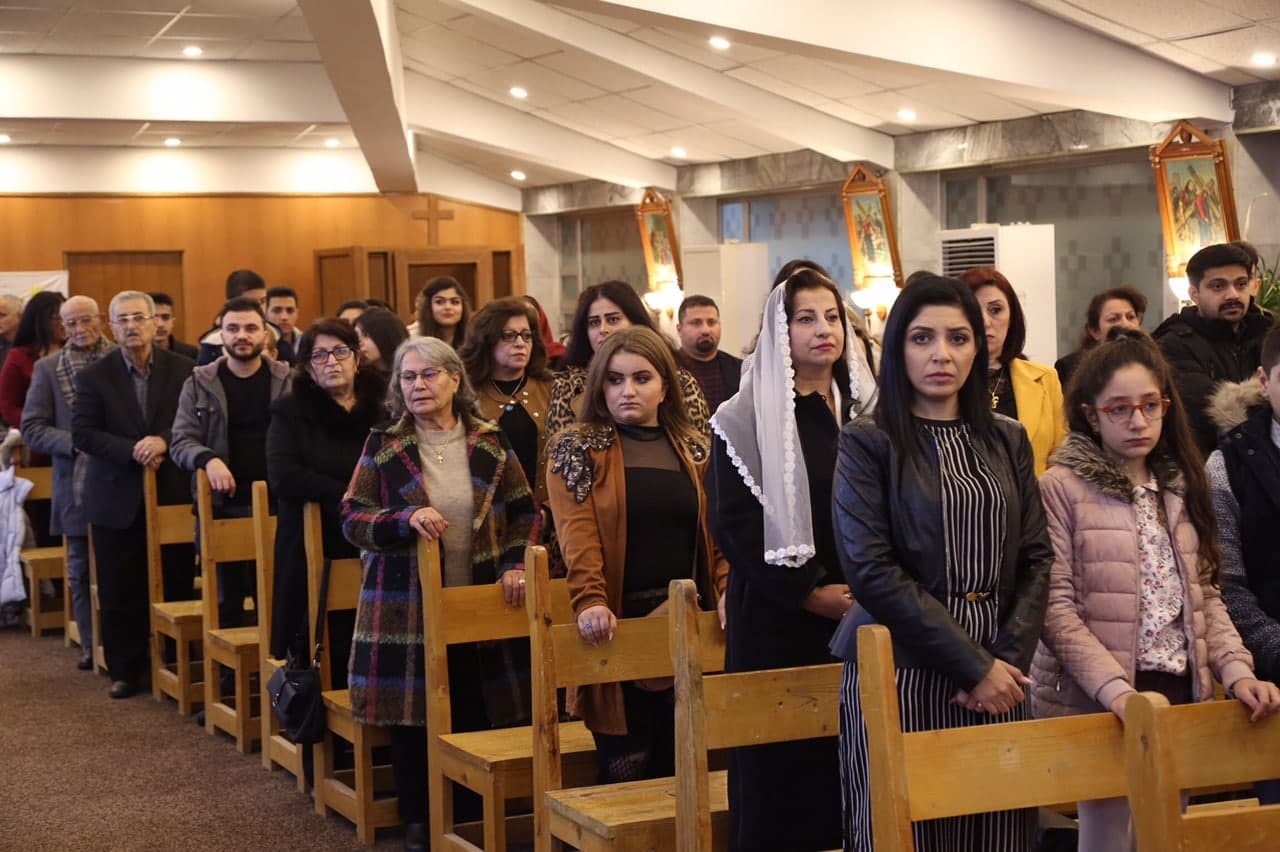 The Kurdistan Region will continue to protect its Christian minority, which hold five parliamentary seats in the region’s Parliament, whose children can study in their own language and are provided special accommodations at school, which holds special status within the Ministry of Endowments and Religious Affairs, and who contribute meaningfully to the political process, holding seats in the Presidencies, Parliament, and the Council of Ministers and helping shape the history of the Kurdistan Region.

The Role of the Peshmerga Forces 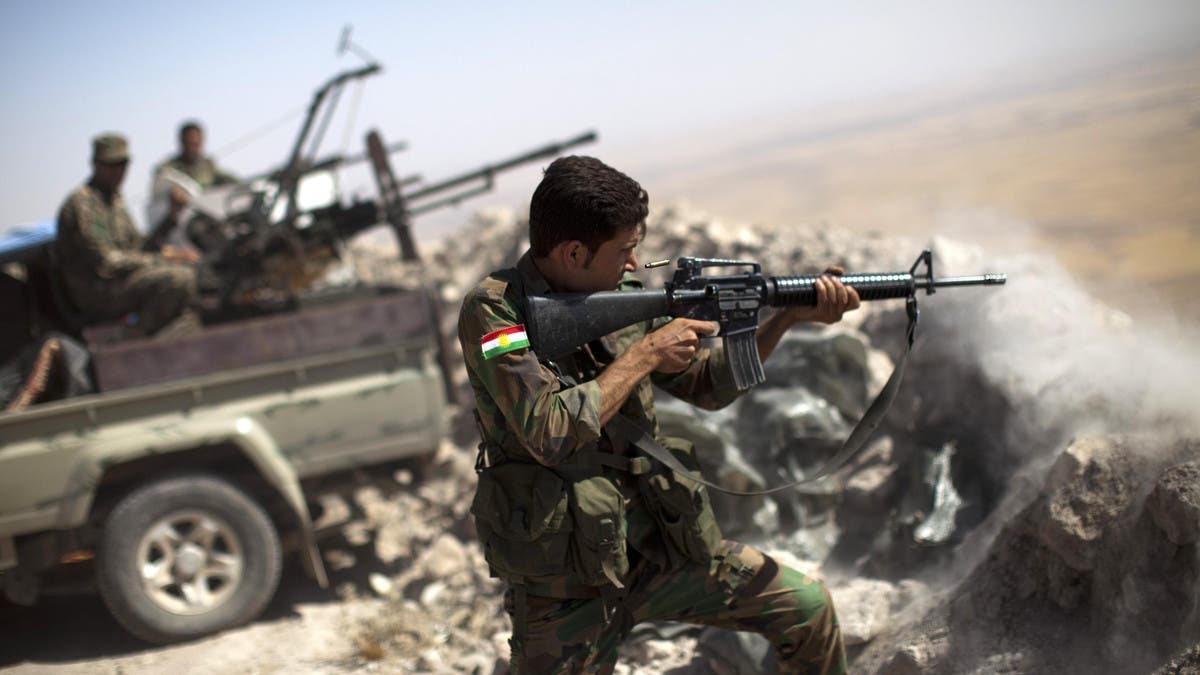 During the war against ISIS and amid violence in neighboring countries, the Kurdistan Region’s culture of coexistence and its hospitality became even more apparent as it welcomed nearly two million refugees and IDPs. The Kurdistan Region’s beauty and culture made headlines around the world and was the highlight during meetings with world leader. The Peshmerga Forces were recognised as heroes for their tireless work and sacrifice in protecting the peoples of Iraq and the Kurdistan Region. Kurdistan’s principles of peace and tolerance put the region on the map for the rest of the world to witness. The fearless struggle of the Peshmerga Forces to protect the innocent, no matter their religious or ethnic background, drew the support of leaders around the world, many of whom visited Erbil several times to show their support for the Kurdistan Region and the Peshmerga forces in person.

On March 5, 2016, Vatican Ambassador to Iraq, Alberto Martin Ortega, met with President Masoud Barzani and praised the heroic role of the Peshmerga forces in combatting ISIS. At the time, he expressed his support for the Peshmerga Forces to liberate areas that were still under terrorist occupation.

On November 10, 2019, Ambassador Ortega declared that the Peshmerga Force’s sacrifices was on behalf of all humanity and thanked the people and government of the Kurdistan Region for protecting refugees, IDPs, and minorities across the country during difficult times and keeping their doors open to the vulnerable and needy.

In recent years, the Peshmerga Forces have solidified their role as a shield that protects the people of the Kurdistan Region, Iraq, and the world from terrorism and have become a symbol of resistance toward intolerance.

Coordination with Media to Cover the Pope’s Visit:

For media coverage, send a request to: