With 45 billion barrels of estimated oil reserves, the Kurdistan Region is poised to become a key part of Iraq’s renaissance and a major actor on world oil markets. The region intends to develop its hydrocarbons resources as per the 2005 Iraqi Constitution and maximize the benefits of this development for the Iraqi people. Since 2003, the region has attracted more than 45 companies from more than 30 countries.

As exploration campaigns continue, the region has shifted to a development phase. Oil production increased from 75,000 barrels in February 2011 to 200,000 barrels today. The target is to reach 1 million barrels of daily production by 2015. For this, capital investment will grow, and infrastructure development will be a top priority, including the construction of production and storage sites, transportation pipelines, export and downstream equipment and a plethora of market opportunities for international and domestic companies alike.

By 2019, the region is aiming to produce 2 million barrels daily. By then, we envision the presence of a fully functional oil and gas industry, exporting oil to the world markets, and featuring downstream activities like petrochemicals, fertilizers, and other energy-intensive industries. 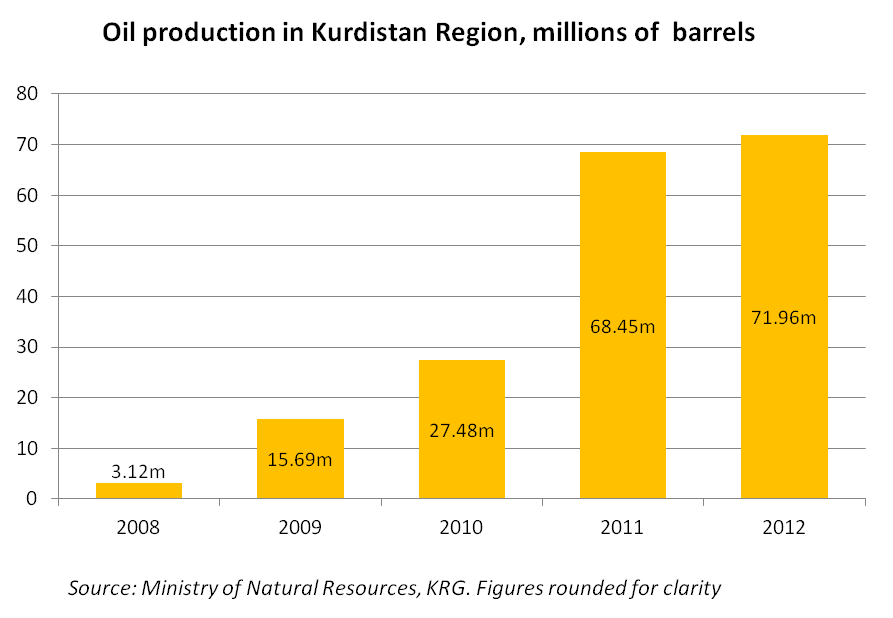 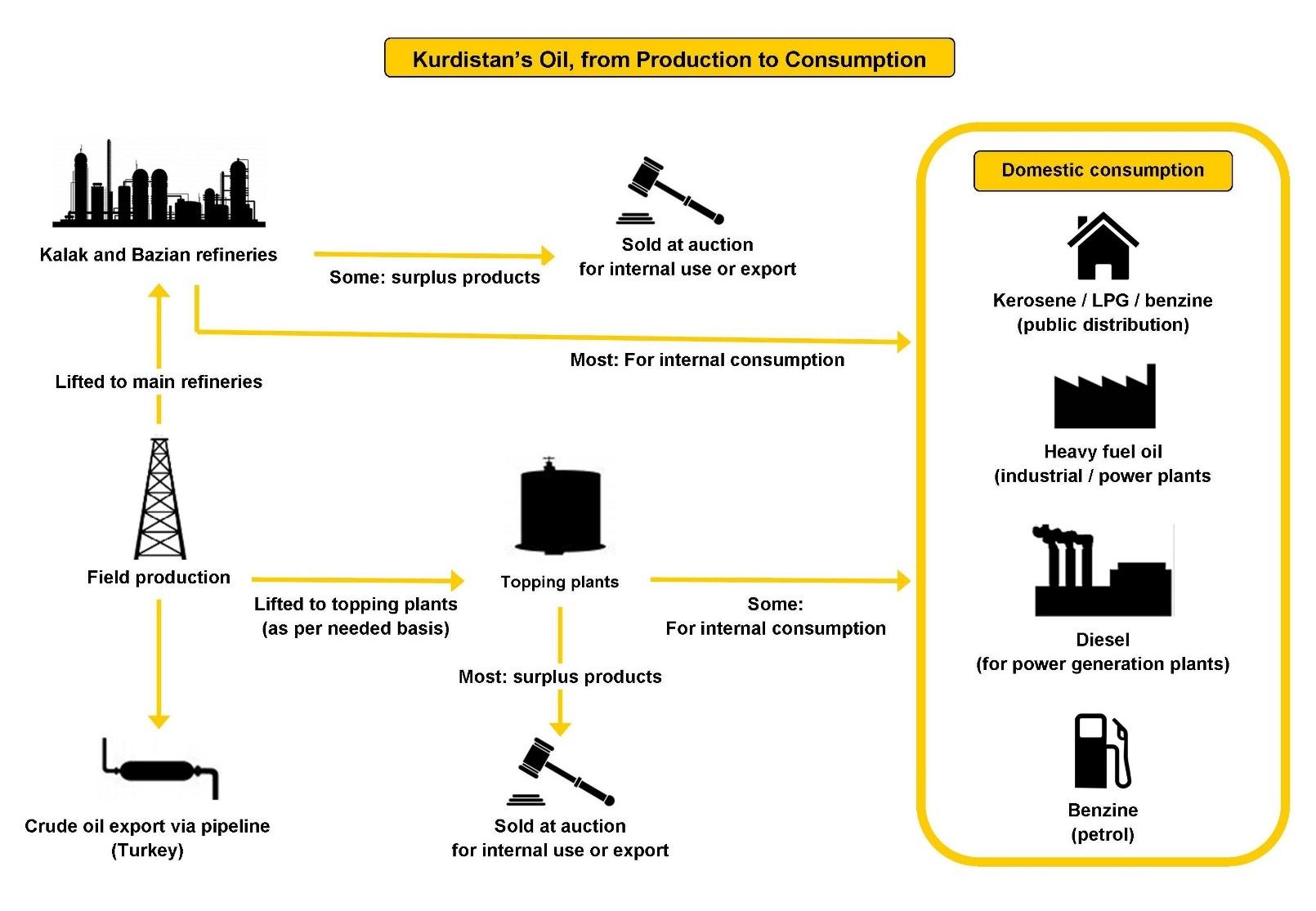 Situated at the crossroads of the Middle East and Europe, the Kurdistan Region is ideally positioned to become a significant contributor to the world's energy supply. As an increasing number of companies transition from exploration to production, Kurdistan is set to become an oil production hub for global energy markets.

The route for oil from Kurdistan’s producing fields has traditionally been the Kirkuk-Ceyhan pipeline, via dual export lines. Today the Kurdistan Region is building a new export pipeline, capable of delivering 1 million barrels of oil per day by 2015 to the border with Turkey. Running from Khurmala to Fish Khabur at the Turkish border, the pipeline is expected to open at the end of September 2013, and initially will transport 150,000 barrels of oil per day. Acting as a strategic partner in the region, revenue from Kurdistan’s energy exports will be able to benefit all of Iraq.

Tying into the export infrastructure, a major new domestic 81-kilometre pipeline from Taq Taq to Khurmala has been completed. Up to 150,000 barrels of oil per day are set to flow from Taq Taq, one of the earliest fields to go into production, to Khurmala where it can link to the Erbil refinery and the export pipelines. The Taq Taq-Khurmala pipeline will help the Kurdistan Region to realize the full production and export potential of the producing Taq Taq field.

Production report by field and by operator, from January 2015 to September 2016

This report contains data on crude oil production, re­fining, local consumption, export, and revenues in the Kurdistan Region for the year 2015. It also includes information on the Region’s pipeline infrastructure, the status of exploration blocks, and the composition of the workforce in the Region’s oil and gas sector. Please click here to view the report.

Production, Export and Consumption Report 2003 to 2013

Figures for 2013 revenue from production, local sales, refined products sales; bonuses and capacity-building support derived from PSCs; MNR operational expenditures and overheads; funding of KRG and governorates projects; costs of diesel, kerosene, and benzene. It also contains comparative earnings and expenditure from 2007 to 2013. Please click here to view the report.

Each monthly export report up to May 2016 includes storage and export summaries, deliveries to SOMO, daily averages for the month and daily volumes.